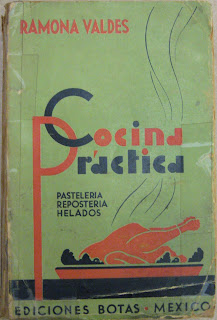 As part of the

6th INTERDISCIPLINARY AND MULTICULTURAL CONFERENCE ON FOOD REPRESENTATION IN THE HUMANITIES, FILM AND THE ARTS

at
The University of Texas
at San Antonio
Downtown Campus

at The University of Texas at San Antonio Downtown Campus Library
and
will hold an open Cookbook Reading Room
on
Saturday, February 27, from 9:00 am till noon
at
Buena Vista Building 2.314L


Pictured: Valdes, Ramona. Cocina práctica: pastelería, repostería, salchichonería, helados. México : Ediciones Botas, 1937. This cookbook is inscribed “A mi amiga Adela French” and signed “Carlos Fernández 2/28/1938.” Several of the recipes include handwritten annotations. An additional recipe for “Fresh Chili Verde” is written on the title page.
Posted by Santiago Daydi-Tolson at 11:28 AM No comments:

In Everything Is Illuminated (2002), a character named Jonathan Safran Foer flabbergasts his Ukrainian guide, Alex Perchov. "I'm a vegetarian," the visiting American declares. "I do not understand," Alex replies. A dialogue of mutual incomprehension ensues: "'I don't eat meat.' 'Why not?' 'I just don't.' 'How can you not eat meat?' . . . 'I just don't. No meat.' 'Pork?' 'No.' 'Meat?' 'No meat.' 'Steak?' 'Nope.' 'Chickens?' 'No.' 'Do you eat veal?' 'Oh, God. Absolutely no veal.' 'What about sausage?' 'No sausage either.'" The starving traveler is forced to feast on two potatoes.


Eating Animals, Foer's first book of nonfiction, answers Perchov's "Why not?" with a more cogent explanation. An apologia pro diaeta sua, it begins in fond remembrance of his grandmother's chicken and carrots. Foer passed through vegetarian interludes throughout adolescence and consumed animal protein only occasionally after he married. When his son was born three years ago, he renounced meat entirely and began this book. Discomforting thoughts of a child gorging on flesh may have inspired Foer to make the nine-year-old narrator of his second novel, Extremely Loud and Incredibly Close (2005), a vegan. Like Leo Tolstoy, J. M. Coetzee, Franz Kafka, and Margaret Atwood, Foer extends his empathy to nonhuman beings. "For the animals," wrote Isaac Bashevis Singer, another literary vegetarian, "it is an eternal Treblinka."

Appalled that "upwards of 99 percent of all meat eaten in this country comes from 'factory farms,'" Foer sets out to comprehend what eating animals entails in the stages leading up to consumption. He participates in a clandestine nighttime raid on an industrial turkey operation. The supervisor of a facility where fifty thousand birds share a single shed tells him: "High-yield farming has allowed everyone to eat." Foer examines the price we pay—in environmental devastation, zoonotic pathogens, food-borne toxins, and complicity in atrocity—for cheap meat. Genetically engineered for maximum yield of flesh and profit, billions of pigs, chickens, and cows annually endure torture before their wretched lives are terminated, often painfully. "The factory farm," he concludes, "has succeeded by divorcing people from their food, eliminating farmers, and ruling agriculture by corporate fiat." Eating is applied ethics, and Foer contends that we can act on our values every day by refusing meat.

He visits some remaining family farms, where animals are not debeaked, tail docked, castrated, branded, drugged, or otherwise treated as machines incapable of experiencing agony. He deplores the market forces eliminating both these farms and the few abattoirs where gratuitous cruelty is rare. In its astonishing conclusion, Eating Animals breaks with the growing chorus of philosophers, farm advocates, environmentalists, and nutritionists who advocate for a plant-based diet. Though still a devout vegan, Foer recognizes that most other Americans will continue to eat meat. So out of "the very same impulse that makes [him] personally committed to eschewing meats, eggs, and dairy," he has, through an organization he founded called Farm Forward, begun building humane slaughterhouses. The oxymoronicity would be clearer if, instead of chickens and turkeys, the objects of slaughter were dogs, chimpanzees, or humans, beings we feel more squeamish about killing. "A straightforward case for vegetarianism is worth writing," writes Foer, "but it's not what I've written here." Yet he has, though the implications of what eating animals really entails will be hard for most readers to swallow. 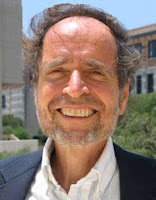 Department of Modern Languages and Literatures
Department of History
College of Liberal and Fine Arts
The University of Texas at San Antonio
announce the
6th INTERDISCIPLINARY AND MULTICULTURAL CONFERENCE ON
FOOD REPRESENTATION IN THE HUMANITIES, FILM AND THE ARTS
Keynote Speaker
Professor Steven G. Kellman
"The Only Fit Food for a Man is Half a Lemon": Kafka's Plea and Other Culinary Aberrations


Friday, February 26
6:30 pm Aula Canaria
University of Texas at San Antonio
Downtown Campus
With the support of an HEB grant

A professor of comparative literature at the University of Texas at San Antonio, where he has taught since 1976, Steven G. Kellman was UTSA’s first Ashbel Smith Professor (1995-2000). He has also taught at the University of California campuses of Berkeley and Irvine and at Bemidji State Minnesota and Tel-Aviv University. He received his Ph.D. and M.A. in comparative literature from the University of California at Berkeley and his B.A. in English and General Literature from the State University of New York at Binghamton. He has held the Fulbright Distinguished Chair in American Literature at the University of Sofia and a Fulbright Senior Lectureship at Tbilisi State University and twice served as Partners of the Americas lecturer in Peru. He was twice awarded the UTSA President’s Distinguished Achievement Award in Recognition of Research Excellence (1990-91, 2005-2006) and once received the campus-wide teaching award (1985-86). Kellman has served as John E. Sawyer fellow at Harvard University’s Longfellow Institute and has held an NEH research grant, an NEH grant to South Africa, and a Fulbright-Hays grant to China. He was honored with the 2005 Arts and Letters Award of the San Antonio Public Library Foundation and with the 2008 Gemini Ink Literary Excellence Award.


Kellman is the author of Redemption: The Life of Henry Roth (W. W. Norton, 2005), which was honored with the 2005 New York Society Library Award for Biography and was praised in the San Francisco Chronicle as "not only a necessary addition to the annals of American literature, but also a trenchant exploration of the relationship between the horrors of life and the saving power of art." Kellman's other books include The Translingual Imagination (2000), The Plague: Fiction and Resistance (1993), Loving Reading: Erotics of the Text (1985), and The Self Begetting Novel (1980). He is editor or co editor of M. E. Ravage’s An American in the Making (2009), Switching Languages: Translingual Writers Reflect on Their Craft (2003), UnderWords: Perspectives on Don DeLillo's Underworld (2002), Torpid Smoke: The Stories of Vladimir Nabokov (2000), Leslie Fiedler and American Culture (1999), Into The Tunnel: Readings in Gass's Novel (1998), and Perspectives on Raging Bull (1994). Since 2001, he has co edited Magill's Literary Annual.

A contributing writer for The Texas Observer and the San Antonio Current, Kellman received the 1986 H. L. Mencken Award for his column in the San Antonio Light. He was awarded first place in arts criticism by the Association of Alternative Newsweeklies in 2006 and received the McGinnis-Ritchie Award for Nonfiction for an essay in the Southwest Review during 2008. He is currently serving his third term as a director of the National Book Critics Circle and was recipient of the NBCC's 2007 Nona Balakian Citation for Excellence in Reviewing. His essays and reviews have appeared in The American Scholar, Atlantic Monthly, Bookforum, Chronicle of Higher Education, Huffingtonpost.com, Forward, Michigan Quarterly Review, New York Times Book Review, Georgia Review, The Nation, Los Angeles Times, Chicago Tribune, and Virginia Quarterly Review, among many other publications. Kellman was founding president of the literary center Gemini Ink and was elected into the Texas Institute of Letters.

Posted by Santiago Daydi-Tolson at 7:49 PM No comments: 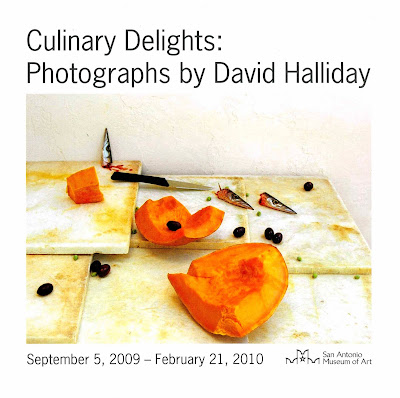 This exhibit at the San Antonio Museum of Art is an excellent example of what art can do with foood as its subject.


Posted by Santiago Daydi-Tolson at 10:59 AM No comments: