As art form, the recently released animated film Ratatouille deserves attention for its treatment of food as the subject matter for a story, and for its pictorial representation. The visual aspect of food being prepared, served and consumed is wonderfully treated in an almost continuos series of images that are a delight to the eyes. The carefully realistic depiction of the kitchen of a successful Parisian restaurant acquires at a climatic moment the character of a grandiose, if fantastic, mural that one would have liked to enjoy for a few more seconds. Unfortunately, the art of animation has rarely been used to tell a convincing and intelligent story. In this case there is no exception to the rule, but the quality of the images and the dominant presence of food offer enough pleasure to forget the inane narrative and its trite components. The reference, though, to traditional stories related to food as a symbol are obviously a sign of an artistic approach to a work conceived for popular entertainment. One cannot but remember, if in a fading memory of old black and white animation shorts, the story of the country mouse who does to the big city to visit an urban cousin. Food in abundance and variety unknown to the farm boy, I mean mouse, is seen both as a manifestation of the rich life of the city and of the dangers and difficulties the city folk have to confront in order to be successful. It is the old, rather idealistic story of the underdog who makes it big in spite of all odds. It is the old wife's tale of the happy outcome fed to a society blinded to its defects by the improbable dream of attaining success and happiness by overcoming the same evil forces that define such success. Food, with its strongly sentimental charge works wonders in making the dream a truly convincing one. Back in the reality of the world not beautifully drawn by the artist of computer animation, one cannot but run to the kitchen and prepare a succulent and sentimentally nutritious meal.
Posted by Santiago Daydi-Tolson at 7:13 PM No comments: 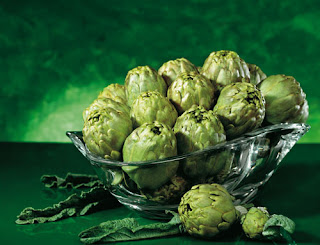 In February of the year 2000 we hosted at The University of Texas at San Antonio the first interdisciplinary conference on "Food Representation in Literature, Film and the Other Arts". Two years later, encouraged by the excellent response to the conference, we held a second one under the same title. Since then, we have had two more conferences, in 2004 and 2006.

The next conference, the 5th one, will take place in February of 2008. Based on previous experience we count on having many participants addressing a variety of issues related to food and the arts. A Call for Papers was sent to several academic publications and academic departments a few month ago:


5th INTERDISCIPLINARY AND MULTICULTURAL CONFERENCE ON
FOOD REPRESENTATION IN LITERATURE, FILM
AND THE OTHER ARTS

The objective of this interdisciplinary, multicultural conference is to examine, celebrate, and enjoy the variety of ways in which food has been represented in literature and the other arts throughout time and throughout the planet.

Two hundred-word summaries of papers on any aspect of the general theme and written in any of the several languages taught at The University of Texas at San Antonio (English, Spanish, French, German, Russian, Italian, and Japanese) will be considered. Proposals for special panels will also be accepted.

Proposals for individual papers or sessions should be postmarked or e-mailed no later than September 15, 2007 and should be addressed to:
Professor Santiago Daydí-Tolson, Conference Chair
Department of Modern Languages & Literatures
The University of Texas at San Antonio
One UTSA Circle
San Antonio, Texas 78249-0644
e-mail: convivium@utsa.edu

For more detailed and updated information, including previous Conference Programs, and Convivium Artium, the electronic journal on food representation in literature and the arts visit the Conference Web Page: http://flan.utsa.edu/foodconf

###
Today we are beginning this blog as a means to diseminating information about the Conference, and as a site for exchanging ideas on the subject of food as a subject in literature, film and the arts.

In addition, and as indicated in the Call for Papers, we edit an electronic journal or page devoted to the same subject: Convivium Artium, the Banquet of the Arts.
Posted by Santiago Daydi-Tolson at 8:04 AM 1 comment: